Bringing truants back into the fold

Truancy can have dreadful consequences for a child's life chances. Even absence from primary school can affect a pupil's GCSE results, as we saw in the article Spotting truants before it is too late. Groupcall Emerge can play a large part in identifying patterns of truancy, but then how do you get those kids back into school?

Probably the first thing to do is try to identify why the truancy is taking place. We tend to think of 'playing truant' as being a bit of a lark, but there may well be serious underlying causes.

For example, are any of your pupils caring for a parent or younger siblings? According to official statistics in 2016, 13,000 of the UK’s young carers care for over 50 hours a week.  A government report into the lives of young carers shows that pupil carers are more likely to miss school than similar pupils who do not have such responsibilities. It may be that the school needs to work with other agencies such as Social Services in order to tackle the problem in such cases.

Is the child being bullied? A robust anti-bullying policy that works in practice rather than simply existing as a glossy document is essential as a starting point.

Many people agree that simply fining parents or even potentially criminalising pupils are not necessarily the most effective means of preventing truancy or ending it. It may work in some cases, but not all. Again, it depends on what the causes are, and each case is different.

Discussing the issue with parents is very important, and does not have to be confrontational. For example, the charity School Home Support undertakes activities such as holding regular coffee mornings for parents, as reported in The Guardian a few years ago. Perhaps that is something your school could do, even without enlisting outside help.

Getting the pupils back through the school gates is only the first step. If you then do nothing, the problem is very likely to manifest itself again. Support needs to be put in place, and that may include such things as setting up a personalised programme to ensure that the pupil feels supported and, crucially, is helped to make up for lost time in terms of school work. Deducting marks or reducing a pupil's final grade because of absence is not generally regarded as hugely motivational for the child. Neither is allowing the pupil to languish while trying to catch up, the most likely outcome of which is that they will just give up and return to their old habits.

Needless to say, once the child is back in school you should continue to keep in touch with their parents, especially with encouraging news about attendance, progress and behaviour. Again, Groupcall Emerge can provide the data you need, and Groupcall Messenger is ideal for sending a quick positive text.

Of course, prevention is better than cure. In an ideal world, keeping parents informed, and providing a positive supportive atmosphere in school, are crucial. And by keeping a close eye on the data, you stand a good chance of nipping truancy in the bud as soon as it rears its ugly head. 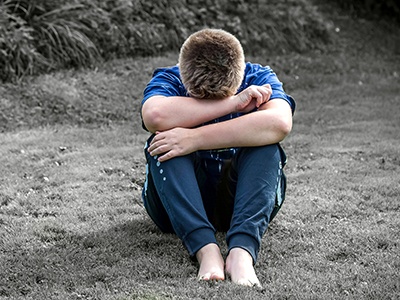