How the country sees teachers and their workloads

There is one constant source of teacher dissatisfaction, often cited as the main reason for leaving the profession. You guessed it: workload. Survey after survey, over several years, have told the same story. Teachers want to do the best job they can, but there are so many demands on them, not least in admin-related work, that many end up working far too many hours.

For example, a survey by the Guardian newspaper in 2016 found that of the nearly 4,500 respondents:

"Almost all – 98% – say they are under increasing pressure and 82% describe their workload as “unmanageable”. More than three-quarters are working between 49 and 65 hours a week. Nearly three-quarters – 73% – say their workload is having a serious impact on their physical health and 75% on their mental health. Only 12% say they have good work-life balance and only a third feel their employers consider their wellbeing." Nearly half of England's teachers plan to leave in next five years.

These findings are not very different to those discovered by a DfE survey:

"The majority (93%) of respondents stated that workload in their school was at least a fairly serious problem; just over half of those surveyed (52%) cited workload as a very serious problem. This group worked an average of 57 hours in the reference week with 19 hours out-of-school time compared to 53 hours and 13 hours respectively for others." Teacher Workload Survey.

These findings, which show teachers working very long hours and feeling overworked, are completely at odds with the popular perception of teachers' lives. That is to say, a short working day (who else starts work at 9am and finishes by 4pm?) and long holidays (who else enjoys more than 12 weeks holiday a year?). That's because the public sees only the time teachers spend with the pupils, without considering all the work they have to do behind the scenes.

So what is all this other work that teachers have to do? Some of it is marking and planning, as you'd expect. The Workload Survey carried out by the DfE also found that teachers felt under pressure from Ofsted. (We'll be addressing that with an article on Ofsted myth-busters very soon.) But the survey also found that data management and related issues are taking up a great deal of teachers' time.

For example, in secondary schools, teachers who were also middle leaders (heads of department and year heads) were spending 4.6 hours a week on general admin work, and 1.9 hours a week communicating with parents and guardians. The figures for teachers with no leadership responsibilities were 4.1 and 1.7 hours respectively.

To put those numbers in perspective, if a lesson lasts an hour, and a teacher gets, say, four free periods a week, she will be spending more than all of that time on admin and communication.

Fortunately, this doesn't have to be the case. While there's no magic app that will reduce all a teacher's admin, there are good practices and software like Emerge and Messenger that can do much do relieve the burden. In March 2016, the Government published a report called Eliminating unnecessary workload associated with data management. Not the catchiest of titles perhaps, but it contained a lot of good sense:

"We believe there are common overarching principles that should apply to all: a. Be streamlined: eliminate duplication – ‘collect once, use many times’ b. Be ruthless: only collect what is needed to support outcomes for children. The amount of data collected should be proportionate to its usefulness. Always ask why the data is needed (things that are even more important with the onset of the GDPR). c. Be prepared to stop activity: do not assume that collection or analysis must continue just because it always has d. Be aware of workload issues: consider not just how long it will take, but whether that time could be better spent on other tasks"

This advice is encapsulated in our article entitled The role technology plays in reducing teacher workloads. That article reports the results of Groupcall's own survey, and makes for very interesting reading. Crucially, it echoes much of what the DfE and Guardian surveys reported.

The Government report went on:

"Electronic systems offer the prospect of quicker and simpler collection and almost real-time analysis and presentation. We encourage all schools to take advantage of technology, particularly where systems and software packages reduce workload."

So where should you start? You won't be surprised to learn that Groupcall not only has software that can reduce the admin overload, but also some informative articles pointing you in the right direction. We suggest you start with these:

How useful are management information systems?

Software to streamline the working lives of school staff 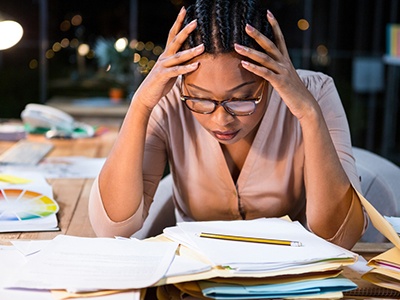