How to make school reports useful

We've all heard about them and laughed at them: those school reports that look as though they're saying one thing but are in fact saying something quite different. "Has an imaginative approach" could mean "Makes paper aeroplanes out of the worksheets". "Good at decision making" might mean "Bosses the other kids about and doesn't listen to their point of view".

The problem, though, is that such reports ultimately do nothing to help either the child or the parent. So let's get back to basics and consider: what exactly is the point of school reports, especially if you have been keeping parents informed on a regular basis through the use of Groupcall Messenger with Xpressions?

Reports serve to indicate to pupils where their strengths and weaknesses lie and, crucially, how to make even better progress. They may help older pupils decide on their options at GCSE or A Level. And, of course, they summarise for parents how well their child has done, academically, behaviourally and in terms of attendance and punctuality.

With these points in mind, we can draw up a set of rules or guidelines.

Drawing on the available data, it can be very tempting to create reports with numbers and percentages. Unfortunately, many people don't understand percentages, especially if there is no context. For example, it would be much better to say that Justine has completed 4 out of the 5 assignments set than to say she has completed 80% of the work.

Not many parents understand the jargon used in education. Even teachers struggle with it sometimes. So if you must use specialist terms, make sure they are explained somewhere in the report. This can easily be achieved in the form of a template containing all the relevant information.

Going back to the previous example, many parents would assume that completing 4 out of 5 assignments is pretty good. But if failing to complete all of the work would result in a Fail grade because of a draconian marking system, you need to say so.

Using mail-merge in which data is combined with words selected from a comment bank is fine – as long as you don't use the same comments for all or even many of the pupils. They talk to each other, and so do their parents. They will probably assume that either you don't even know who their child is, or that you can't be bothered to put much effort into differentiating the reports from each other.

Besides, if the point of reports is to give pupils guidance, one assumes that each pupil will need individual feedback to some extent.

Bottom line: make use of a range of synonyms.

Following on from the point about knowing who the pupils are, make sure your comments are factually based. Writing that Bill enjoyed the visit to the museum when Bill happened to be off school that day because of illness is not likely to impress anybody. Given that all such data is available from Groupcall Emerge, it should be easy to avoid own goals like that.

Get into the habit of making all communications with parents readable. That tends to mean avoiding complex sentences and using long words where simpler ones will do. In fact, all good advice given by established writers to would-be writers. You can read more in the article Making your messages readable.

We pointed out in the article The importance of communicating with and for parents that even Ofsted has issued good advice on what good and poor communication with parents looks like. School reports may be a particular type of communication, but the same general principles apply. 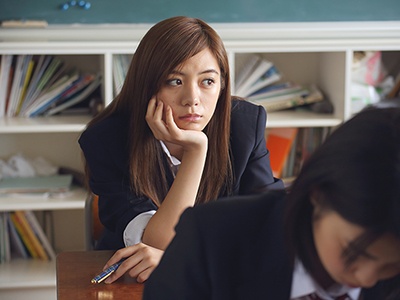