#EduFootyAid raises over £5,000 for Mind

The first ever #EduFootyAid football match has been a roaring success with over £5,000 raised for the mental health charity Mind. With the original fundraising target set at £2000, the money raised went above and beyond the expectations of the organisers and sponsors.

Organised by the Striker Boy Campaign, #EduFootyAid is a charity football match where all the players are teachers. The inaugural match was hosted by Lanchester Primary School in Durham and saw the North East Elite take down The UK All-Stars 4-2 in a fun, high spirited affair. As a sponsor, we were there on the day too with the winner's trophy and medals featuring the Groupcall logo. 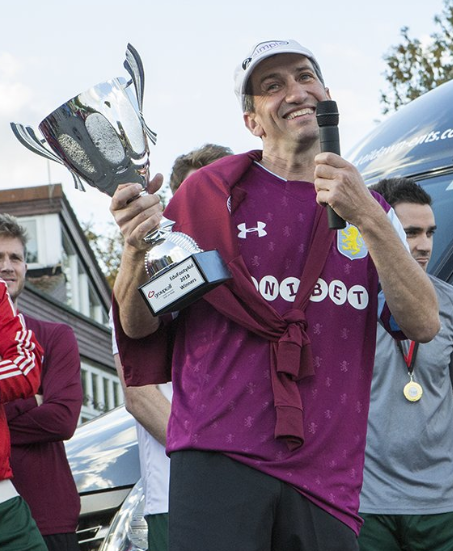 Above: Nigel from our partners at 2Simple with the Groupcall Trophy

A crowd of over 200 fans were on-hand for the event which included fairground rides, bouncy castles and food stalls. The match was also well supported by the Durham FA who provided a qualified referee for the game.

The Striker Boy campaign was launched in memory of former primary school teacher and children’s author Jonny Zucker, who sadly took his own life in 2016. Jonny’s popular novel Striker Boy has been republished with proceeds split between his family and Mind.

Find out more about how you can get involved in future #EduFootyAid events!